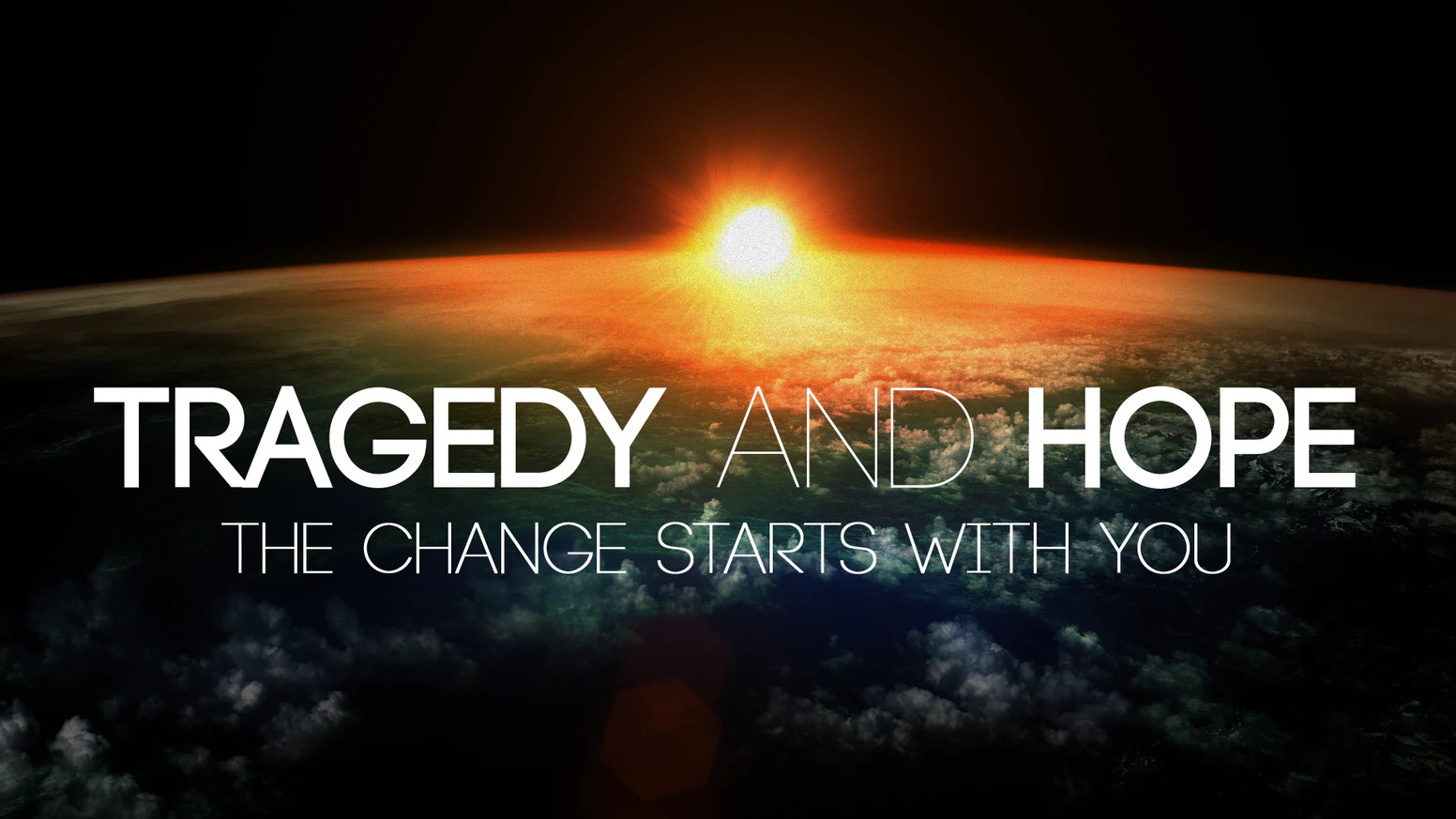 We discovered his videos like most of the millions who have been touched by Blencowe’s work — randomly through social media. With nearly 90,000 subscribers on YouTube and over 13 million views, it’s highly likely you’ve seen one of his shorts.

Many of them are so inspiring and speak so directly to the socio-cultural movement that is emerging right now that we chose to make several of them the focus of our own manifesto.

We met up over email for a virtual interview…

Your video, “What if Money Was No Object” was the first short created that reached over one million views. (Eventually over two million before it was taken down over a copyright issue.) It was also the first video you produced featuring Alan Watts. How did you come across the Watts recordings and decide to incorporate them into your films? Did interest in his work come about from a specific spiritual or meditation practice? 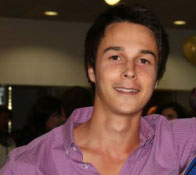 I stumbled upon Alan Watts, by what at the time seemed like mere accident or coincidence. I remember it showing up as a suggestion for me on YouTube one day and I decided to listen to it. Before this I was really only involved in political type videos, I had made one spiritual type video called “It’s time to wake up – we are all one”. But at the time, I didn’t really understand most of it; I just knew I could hear some form of truth in it. It’s quite funny looking back now that I actually quoted Alan Watts in the video, well before I had even found his work.

I no longer believe in coincidences and I now believe everything happens in our life for a reason, both the good and the bad. You only need look back at your life and you will come to realise how so many events, seeming accidents and coincidences, have come together to lead you to where you are today. I truly believe that there is an invisible thread that is leading us to our calling in life, most people however ignore the signs, and instead of listening to their heart, they use their minds. So no I did not arrive at the teachings of Alan Watts via a specific spiritual experience or meditation, I arrived at it through what would seem like chance on the surface, but I now see it as something much more than that, it was almost as though I was destined to find it, as some would say.

The moment I found him it spoke to me very deeply. I listened to his lectures for hours upon hours, almost every day for months on end. Throughout this time I heard many messages that really stuck with me, this was how I came to begin making videos on Alan Watts, I believed that if such parts of his lectures had had a profound impact on me, then surely they could do the same for others, for are we not all one at our deepest level?

You’ve produced over seven videos with the Alan Watts recordings. Knowing that video editing can be a long, drawn out process of selecting clips and matching them to dialogue, has working with his philosophy changed you or brought about any specific insights in your life?

Yes through Alan Watts teachings I have seen myself change very much, as I have said once I found Alan Watts, I listened to his lectures for hours on end. It ignited something in me that has lead me on a ever changing path of self discovery and of seeking to understand the truths of the Universe.

I started my channel without the intent of it really going anywhere, with my first videos being on political/conspiracy type videos and eventually progressing into spiritual/philosophical type videos. Tragedy & Hope is really just a reflection of my “awakening” as some have come to call it, and Alan Watts has been just one of the steps in that journey.

Since finding Alan Watts I have stumbled upon many more spiritual and philosophical teachers, all by seeming chance, but I have began to see the signs more easily now, and so I always follow them. Although it may seem like my main interest is Alan Watts, for as you have said I have made over seven videos on him, however in my time since then and especially of the last 6 months I have come to find even more teachers and messages, some I believe to be just as profound and some even more so… and I will be beginning to release them over time. As I have said Tragedy & Hope has been a reflection of my awakening, and Alan Watts played a large role in that, but he is just one step, and I will now be moving onto creating videos of other teachers who have helped me and will hopefully help others.

What is the most inspiring comment you’ve received after releasing a new film?

I once got a very personal message from a man who thanked me very deeply for the videos I had created. He told me that if it were not for the videos, he would have killed himself, but finding the videos sparked something in him and saved his life. After reading that I broke down into tears, I never thought that my videos would have such a deep impact on someone, especially like that.

My partner noticed that in “What if Money Was No Object” that most of the activities related to “doing what you really want to do” are outdoors-related, while all of the “duties” are related to city life. As an Australian, are nature-activities a regular past-time for you? If so, what’s your favorite outdoor activity?

Haha, I thought you would ask something along those lines. While I surely love being outdoors and keeping fit and healthy, the use of the outdoor footage simply was the best and most fitting footage I could find at the time for the video, and does not reflect my personal life in anyway. I have been skydiving once before though! My friends bought it as a 21st birthday present.

But again, before the “What if money was no object?” video was taken down due to copyright I was simply using footage I found throughout the internet, which eventually lead to the demise of the video. At the time when it was taken down I was very upset because I had ended up with two strikes against my account, and another one and I would have lost it for good. But as I have said, everything happens for a reason, both the bad and the good. And if was not for this experience I would not have made the decision to begin purchasing royalty free footage and music. Which means my videos no longer break any copyright laws and have given me the ability to express the videos in more detail then I have ever dreamed. If I had found this way much earlier I probably would have found much more fitting footage for the original “What if money was no Object?”

Your first video to go viral was “Message for all of Humanity” which features a recording of Charlie Chaplin for the voiceover. You noted that it reached nearly half a million views within a few weeks after uploading. Did you already have a lot of subscribers already when this was released? Was it just word of mouth that made the video go viral or did you get featured by some large blogs or sites at the time?

Yes it sure was. This really shocked me at the time because I never expected it to happen. Before this I had just been making these videos as a bit of fun, never expecting anything to really happen with them. But this showed me that people were very interested in hearing these messages. At the time I really didn’t have a lot of subscribers, it just found its way around the internet, by being featured on many websites as you have said. I can’t remember which ones anymore, I just remember seeing it pop up a fair bit.

It seems that you’ve been able to personally integrate Alan’s message of “do what you love and the money will follow” after having some successful kickstarter campaigns that allowed you to produce more films. Has this approached becoming a full-time occupation? Any plans to make a feature length film?

Yes, this channel was never started with a intent of it growing too where it has today, I could have never imagined I would even create videos that would reach 10,000 people let alone millions. I have just always listened to my heart or intuition as some call it. All my videos come from the heart and I often spend hours a day and weeks to create each video, making sure that it all flows well.

People have asked me how I always seem to find the right footage and music, to tell the truth I can’t properly answer that question, it all just seems to fall into place. And so I was eventually led to starting a kickstarter campaign and too my astonishment I was able to raise over $4000, which allowed me to create videos beyond anything I could have ever thought possible as well as to open up a new website and to purchase a brand new editing software.

The only problem is that creating videos in this way turned out to be a lot more expensive that I would have thought. So much so that much of the money raised, once purchasing the footage and music, plus the new editing software and website, was gone in just a few videos. The kickstarter website took almost $400 for themselves as well for using the website.

This is the reason you have not seen a video in quite some time; this and the fact that my laptop broke down entirely for months and many other trials and difficulties that began to happen all around the end of last year really put a halt on my ability to create videos. So no, at the moment it has not completely become a full-time occupation, but I have confidence that with time it will.

The few videos that I have been able to monetize with advertising with the approval of Mark Watts (Alan Watts son) and since beginning down the road of purchasing footage and music has allowed me to slowly but surely begin making an income from my work, this so far is not sustainable. But I do have plans that I will be unveiling over the next few months that I think will give me the real push I need to finally make a this a full time occupation.

As for a feature film no I do not have plans for making one in the foreseeable future, however from my time away from video editing, I have had a lot of time to reflect on myself reading many many books and listening to many lectures, which have changed me very much. I read in one of the books that “a man should never speak of his plans, but let his final product speak for him”. So I won’t reveal too much but I will say that through it all I have found my own voice and an affinity for writing also, and I will begin to share this over time.

Thanks Issac for taking the time to thoughtfully answer our questions! Quite exciting to discover the real voice behind the videos.