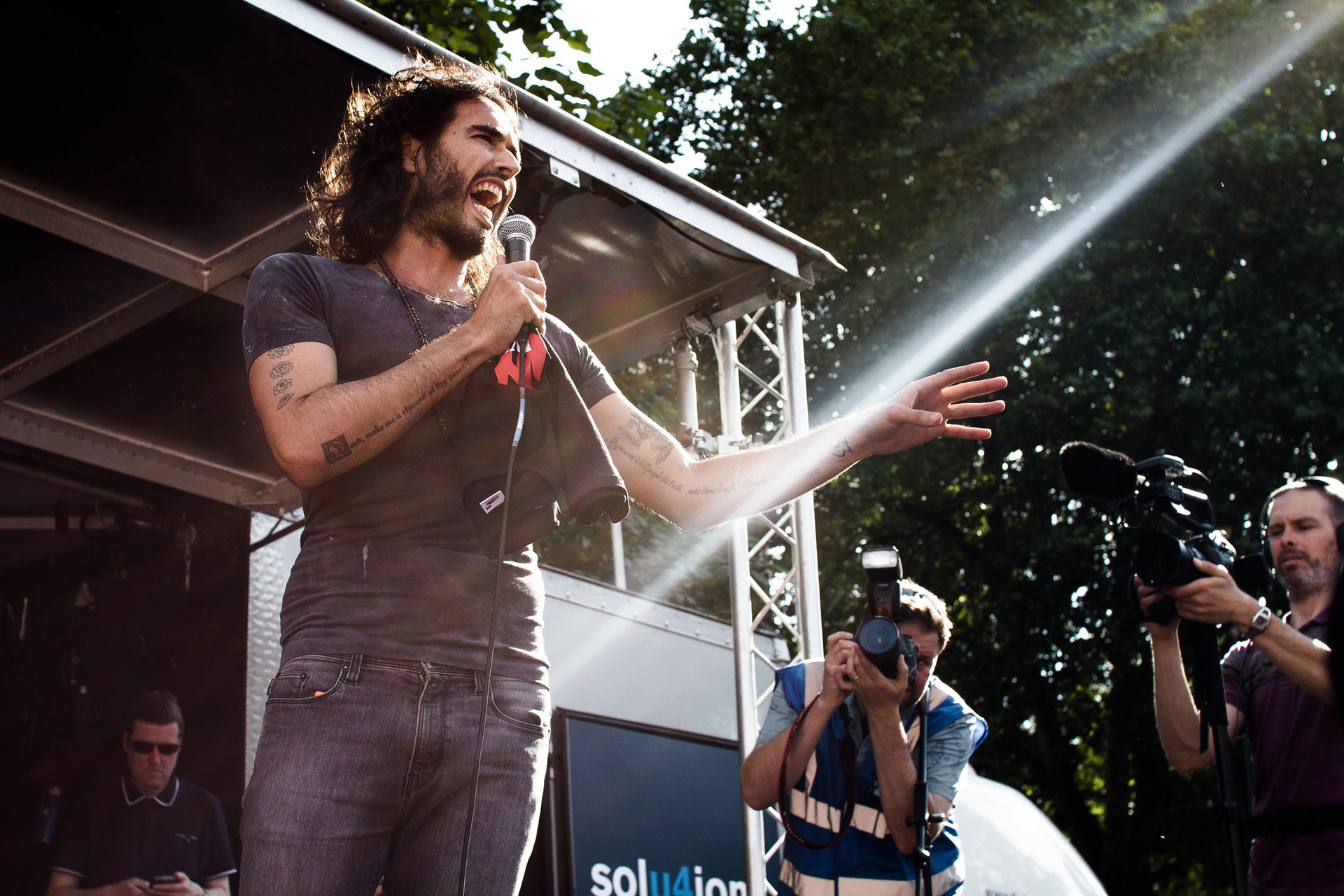 Photo by David B Young 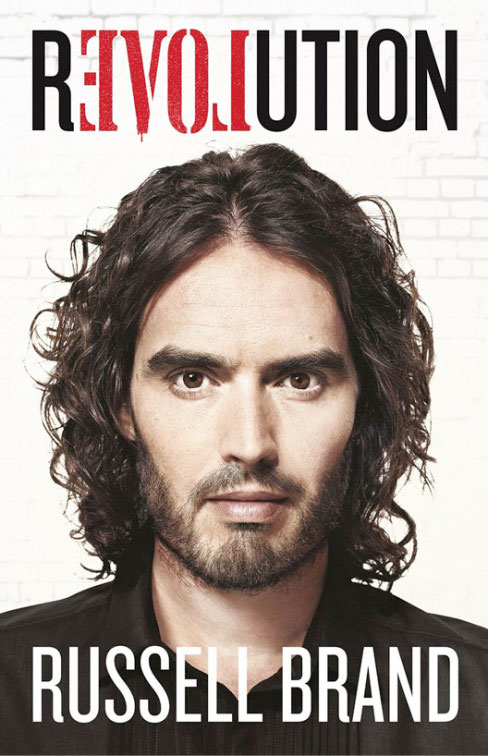 At first glance, perhaps jaded cynicism. Possibly guarded optimism. Even desperate longings. All these feelings and more. While it’s usually sound advice, in this instance however, feel free to judge this book by its cover.

With an offering featuring such an audacious jacket, we are within rights to demand PROOF. Fortunately, Russell delivers.

One of several striking observations was how little I disagreed with Mr Brand, on topics as wide-ranging as politics, consumerism, celebrity and consciousness. Perhaps the highest form of praise one can give is to say it’s the book you would write, given enough time, resources, vocabulary and of course, wit. (Particularly British wit which may in some cases be lost to many but natives and anglophiles.)

Shepard Fairy’s title design may have borrowed from a random piece of street art (as street artists are won’t to do) but it certainly hits the nail on the head — the revolution that’s needed now can only proceed (and only succeed) with a significant dose of LOVE at it’s center. For if we’re truly to wake up from the repetitive nightmare of history and once and for all break off the shackles of society’s many hierarchical structures, we must never invoke the tired use of violence to find justice.

The need for Love as the focal awareness of the coming revolution goes far beyond the need for non-violence. It speaks to the necessity of seeing the Other as ourselves; that we are not engaged in a classic Us versus Them struggle, but rather that we ALL stand in need of transformation. The elite in their opulent towers ultimately seek liberation as much as all of the over-stressed neo-suburbans and the virtual day wage slaves of the global poor, in this grand continuum of economic exploitation.

This struggle to avoid polarization is not lost on me. I’ve fell victim to it’s poison more than a few times. It’s not easy to overcome, especially for those of us who have been seeking a face for the injustices that have plagued humanity for so long.

However, the easy divisions of black and white turn quickly to shades of grey when we’re honest with ourselves and admit that while the elite may be running the corporations making line-item decisions that exploit the global south, it’s the vast margins of low-to-middle class urbanites who ensure these paradigms through our consumption patterns. (Typed, with no lack of irony, on two different devices produced by a company that, like it’s namesake, made the slippery fall from grace as liberator to en-slaver within mere decades.)

Setting off from a point of understanding that we are all engaged in the same struggle for liberation — the wage slaves, the jaded consumers, the cynical elite — the methods begin to emerge. They become equal parts tools and processes for truly democratic self-governance as much as the awareness that our own egos imprison more than any supposed Illuminati. This becomes the true jihad — the battle not against a rumored enemy, but the uncomfortable confession that our antagonist can be found within.

The tools of liberation and revolution are fairly simple, and Russell offers many in his rambling exposé that quickly moves from the insightful and profound into so many deliciously muddled digressions.

“Free yourselves from mental slavery, none but ourselves can free our minds” sang the dreadlocked prophet so many years ago. Mr Brand writes of his own quest for personal freedom, from all forms of addiction to the recognition that every ivory tower must be dismantled (including his own). In these struggles, I found him speaking for me on more than one occasion; whether he speaks for all of us matters not. Those seeking Big Ideas (and those after Big Laughs as well) will find plenty worthy of perusal.