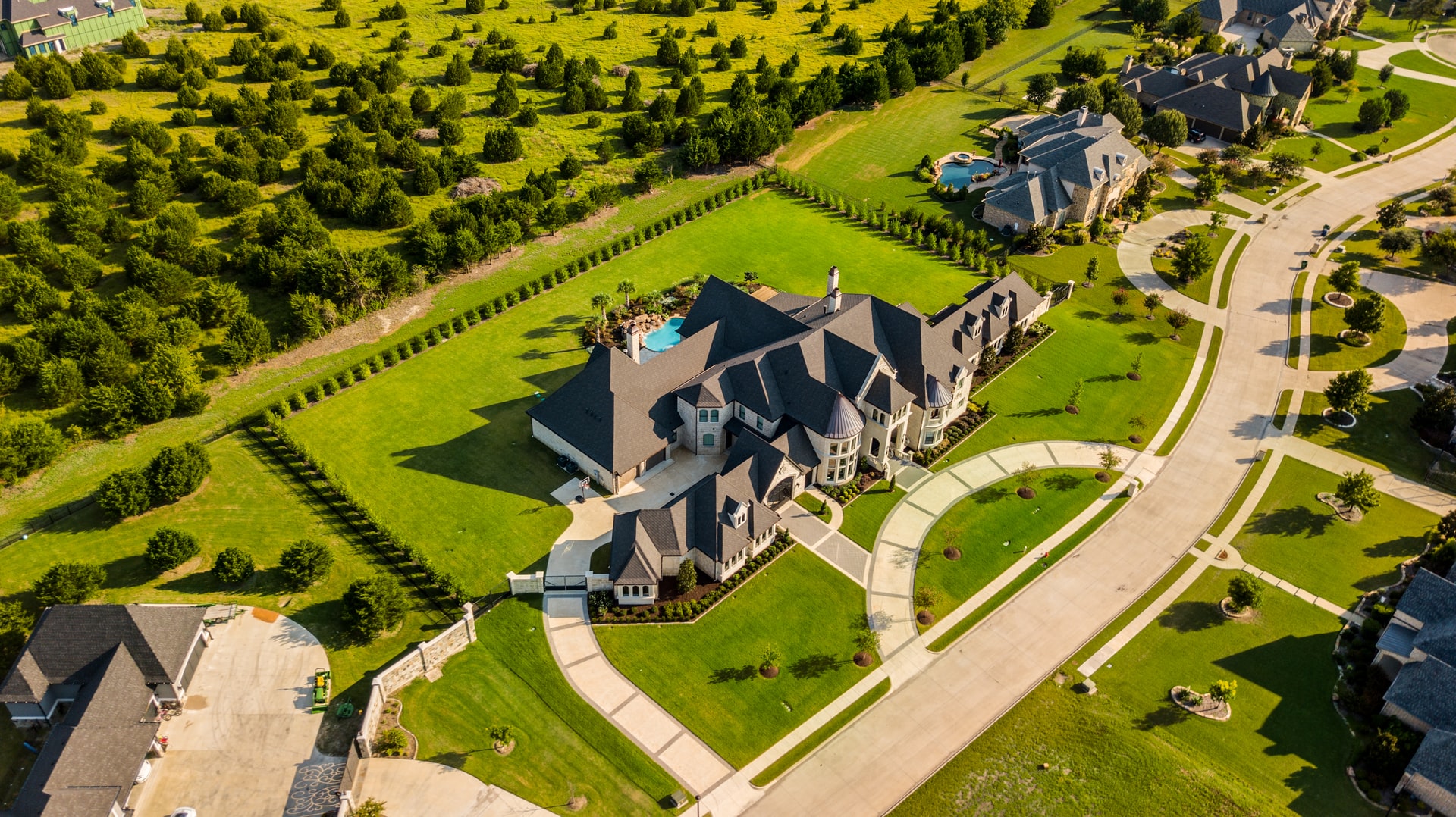 Photo by Daniel Barnes on Unsplash

Once in a while we find these rare gems. Stories that have a profound sub-text that somehow alludes the author.

This one is from the Guardian, with Alec Hogg reporting via the Davis Economic Forum in Switzerland. You know Davos, right? It’s where the elite meet to make plans for the rest of us for the coming year. Let’s jump to a specific passage:

Former hedge fund director Robert Johnson revealed that worried hedge fund managers were already planning their escapes. “I know hedge fund managers all over the world who are buying airstrips and farms in places like New Zealand because they think they need a getaway,” he said.

At conferences like this, the world’s top CEOs and policy makers get to listen to studies and reports that about trends long before they reach the general public. In some cases, however, they’re a bit behind the curve:

This year, income inequality is fast moving up the Davos agenda — a sure sign of it is poised to burst into the public consciousness.

Given that we’ve experienced 25% inflation in the last ten years, seen retirement funds evaporate, and watched in blinding awe as governments dished out unimaginable sums to executives who should, by any normal standard of justice, deserve chains and orange jumpsuits instead of gold and diamond encrusted bonuses, I doubt that income equality hasn’t already “burst into public consciousness.” It did that years ago, creating an aneurism of disbelief so profound as to be almost paralyzing.

As Dave DeGraw, author of the Economics of Revolution reveals, “while US millionaires have $50 trillion in wealth… almost half the working population earns less today than people making minimum wage in 1968. A stunning 76 per cent of the US population is living paycheck to paycheck.” 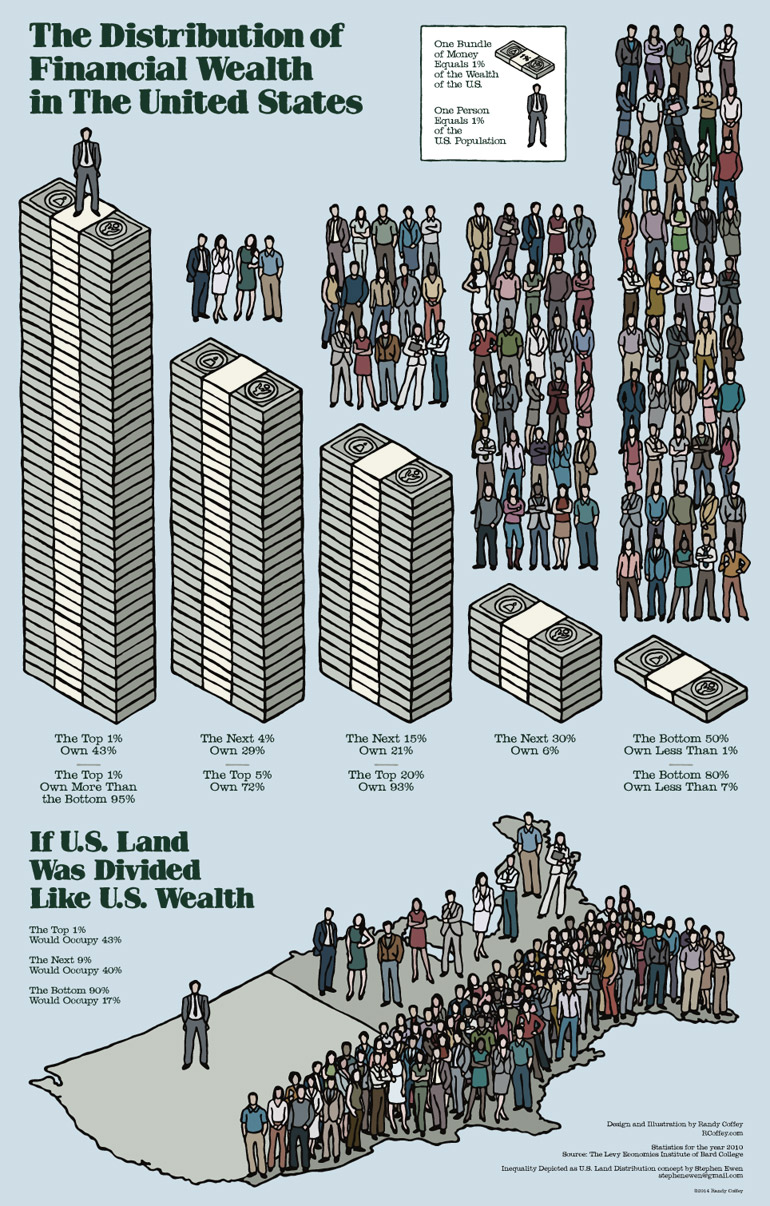 So the question isn’t whether we’re aware, but rather what we’re doing about. While the Guardian quotes former New Zealand prime minister and now UN development head Helen Clark, who said “we saw Occupy flare up and then fade like many others like it,” we believe she has missed the point entirely. “The problem movements like these have is stickability. The challenge is for them to build structures that are ongoing; to sustain these new voices.”

It may seem that the movement that aims to wipe out, once and for all, the crushing inequality that is tearing this planet to shreds, has lost its steam. To the contrary, myself and others think that quite the opposite has happened.

The movement may not be as visible as it was in Zuccotti Park just a few years ago, as it has moved underground, where it’s safe from the smashing batons. But there’s little doubt in its “stickability”. Where Clark gets it totally wrong is that we ARE building structures to sustain the movement. At a frenetic pace.

The examples of small-scale experiments in lateral and truly democratic decision making are so numerous as to almost escape calculation. Clark ultimately gets it right when she acknowledges that “in the end this is all about redistributing income and power,” but it’s not surprising that she thinks the movement has lost “stickability” because it’s completely off her radar. She, and other elites like her, simply don’t travel in the right circles.

In communities big and small reaching across the planet, activists are becoming entrepreneurs and businesses are turning into non-profits, hardware is going open source, while revolutionaries are donning mock monk’s robes. In countless communities around the planet, ordinary people are learning new democratic decision-making tools and processes, at a blistering rate.

All of these activities are happening under the radar of the elites because they are distributed and diffused for a reason — the change that is coming is unstoppable. It is growing organically like a new matrix across this planet. Much like lily pads that spread their root structure under the surface of a pond over the course of a month, to suddenly appear, covering every inch of the water in a seeming instant, so too are the new systems and methodologies slowly spreading that will ensure a permanent, unbreakable transition to an utterly new societal structure.

Just take a peak at Shareable’s top stories of 2014 to get a small glimpse of these developments. Being someone that follows these threads across a variety of disciplines, I’ve become convinced that something is afoot and it’s bigger than any of us realize.

Stay tuned to this site for more developments…