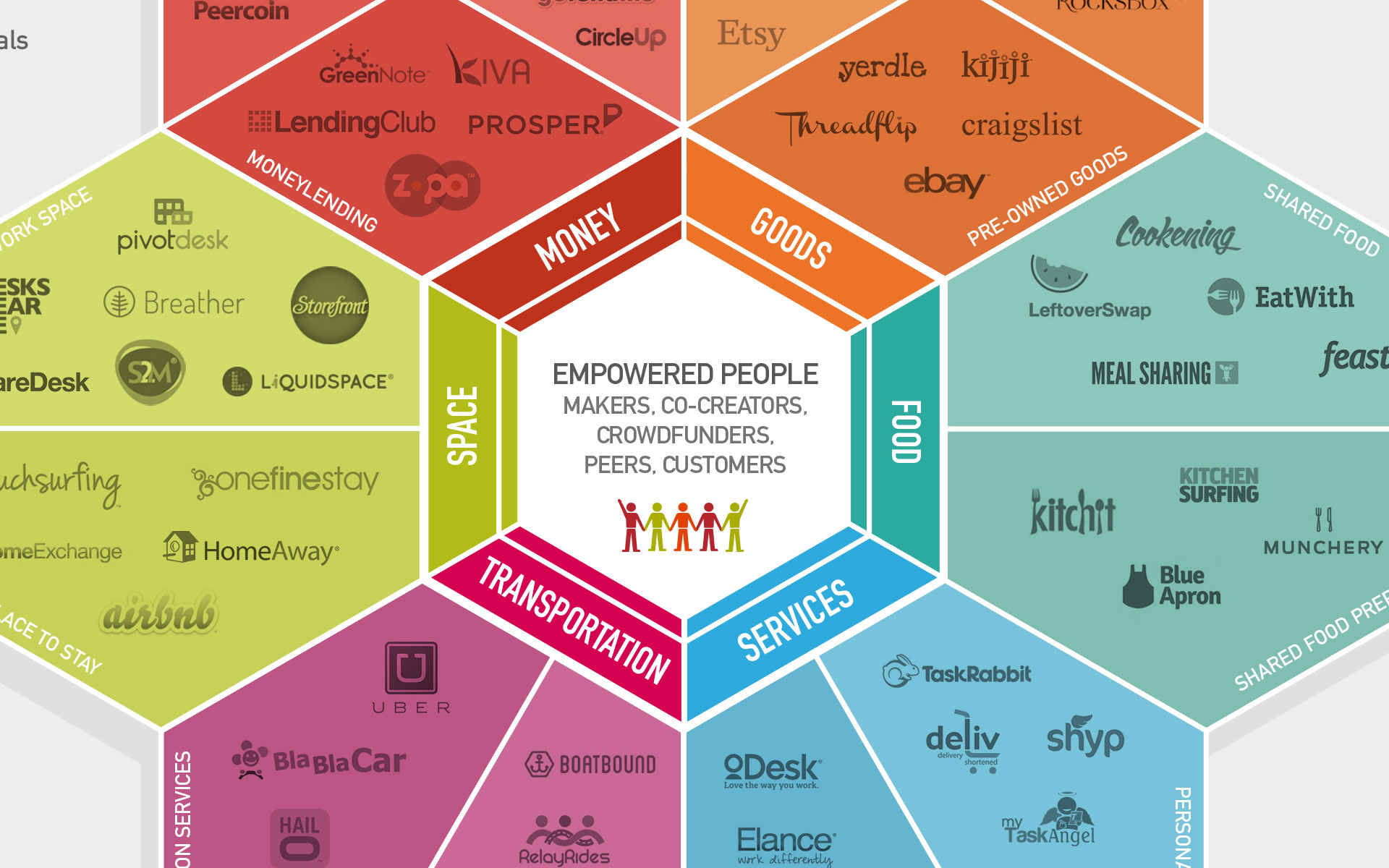 This site is part of a growing trend most generally known as the sharing or collaborative economy. Since the vision of building special tools enabling creatives to network and collaborate first emerged, I’ve since taken a deep plunge into all things “sharing”. 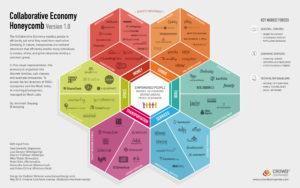 As they say about buying a new car… soon as you drive it off the lot, you start seeing the same model everywhere. So it is exciting and inspiring to find that not only is the vision of a new world possible, it’s fully blossoming.

According to the first major study to examine the participants in the collaborative economy, which surveyed 90,000 people in the English-speaking world, engagement is exploding. In many cases, expected to double into the next year.

Some numbers, as referenced in an article in Fast Company:

According to the study, there are three kinds of people in the collaborative economy: non-sharers, re-sharers, and neo-sharers. Non-sharers haven’t yet engaged in the new economy, but think they’ll try it out in the next year. This is 60% of the survey population in the U.S. and Canada, and 48% of U.K. residents. Re-sharers use established services like eBay and Craigslist to buy and sell goods. This is 16% of the U.S. and Canada population, and 29% in the U.K. Finally, there are the neo-sharers, who use newer services like Uber, Airbnb, Kickstarter, and Taskrabbit. This is actually a considerable portion of people surveyed: about 25% in all three countries.

While the intention of the cre8tives and Supernova sites isn’t to turn become yet more slick online startups, it’s important to see the work we do here as part of a larger trend. One that includes more intense forms of social disruption such as the 15-M movement in Spain.

This phenomenon, in all its comprehensive forms, has the potential to truly lead to (r)evolutionary changes in the structure of global society.

For evidence of how the sharing economy is a part of much larger transformations occurring across technology, education, energy, culture and capitalism, the following presentation by Jeremy Rifkin is absolutely stunning:

It’s just over a year since I wrote this post, so it seems worth contemplating on what may have changed.

While my optimism that a radical transformation is underway has only grown, one thing that needs to be clarified upon further reflection is the term used in the headline — the “sharing” economy gets a lot of hype these days, but it’s worth separating that from it’s more nefarious cousin, the “lending” economy.

Uber, AirBnB and Task Rabbit are all companies that use the labor, goods and real estate of some individuals and match them with others for short term lending. All transactions are financial (i.e. conducted with money) and are strictly temporary “lends”, not “shares”.

Following this trend, there are some organizations that have grown out of the “sharing” economy that engage in similar forms of exploitation. They enlist participants to “share” their time and ideas, consulting for free for the benefit of paid sponsors and a core team who are salaried while the majority of their workforce volunteers for nothing.

But while there may be some cynical maneuvering going on in these various organizations, it should be noted that while they’re extremely visible, they represent a small fraction of a wider movement. A movement that is harder to visualize in it’s overall form because it is decentralized across a hundred different topics spanning social, environmental, racial, economic and technological issues. At the core, these organizations, campaigns, teams and collectives share a common vision — to be a small part of a necessary, radical transformation to a totally different world.

So while the “sharing economy” may get a bad rap in certain circles for its lack of pure authenticity, it is important to recognize its presence in a larger metamorphosis.

To express this a bit more poetically, we are the collective chrysalis stretching beyond our boundaries.

Soon, the world shall see our wings.